5 Ways How Automation & AI Will Supercharge Your Recruiting Process

Once upon a time, the words ‘automation in Recruitment’ would either inspire dread over losing one’s job or provoke an unimpressed “Yeah, right!” from the listener.

And there’s no going back. AI and Automation have become game changers in recruiting. And contrary to popular belief, their use will not cast out the ‘human’ from ‘Human Resources’. If anything, it will intensify the human touch and enable managers to deploy it more effectively in the areas where it is much more vital.

Recruiting is the first domain under HR that has seen such an extensive restructuring to incorporate automation and AI. The transformation is welcome; it has led to better reach and greater efficiency in attracting the best talent.

Read on to find out why phasing out traditional methods of recruitment in favour of automated processes can reinvigorate and revitalize your company:

With automation, a huge amount of workload that is largely mundane and often redundant is jettisoned. Traditionally, the preliminary screening process can take up to 23 hours for a single hire. On an average 75% to 88% of the resumes received for a position are unqualified. If you can figure out how to automate your workflow, you can get the right candidates for the position without having to spend days sifting through irrelevant resumes.

You can use an Applicant Tracking System (ATS) to shortlist the applicants who are a better fit for your company. Additionally, algorithms in AI can successfully predict (based on historical data) the candidates from the applicant pool who are likely to succeed at the job.

When a huge volume of pre-interview tasks are automated and handed over to AI, human recruiters can focus on more important tasks like relationship-building and interviews. Since the first stage of the process is speeded up, the subsequent stages are also fast-tracked.

It’s 2018, but bias is still prevalent in the workplace. Bias may assume a number of different forms, the most prominent ones being: confirmation bias, similarity attraction effect, and the halo effect. Recruiters may consciously or unconsciously impose gender, political or racial bias when perusing applications.

Here’s a no-brainer: diversity in the workplace improves work culture, financial performance, and productivity. LinkedIn’s 2018 Global Recruiting Trends Report indicates that while companies know the importance of diversity, diverse candidates are hard to find and retain. This has a lot to do with bias.

Fortunately, bias can be tackled to a great extent by adjusting the criteria in your company’s recruitment software. An even better way to tackle it is by enlisting AI for recruitment. AI lowers the potential for unconscious bias, it can be programmed to ignore demographic information about the applicants, and other detail such as where they went to school and their zip code which can be correlated with factors such as race and economic status. Such features will enable the company to recruit the best candidate for the job, based on their skills and merit, and rein in recruiters’ unconscious biases.

Even if your company does not hire the candidate, the applicants should have a positive experience with the company. It’s a challenge for the company to interact with thousands of job applicants and establish an effective communication channel with each of them individually. A great way to maintain a good relationship with potential hires is to use a chatbot.

A chatbot is a more efficient alternative for all the communication needs of an applicant up until the interview scheduling stage. It can satisfactorily answer the candidates’ FAQs regarding the job and the application process.

Chatbots can collect relevant information from the candidates and rank them on various metrics. They make the recruiter’s job easier and at the same time ensure that applicants are not left in limbo waiting for some form of communication from the company. The chatbot will notify the applicants in every step of the process. Such communication will ensure that job seekers have a positive experience.

Every time a new job opens up which requires a profile similar to ones that have been appointed before, recruiters can go back to the Applicant Tracking System and invite the applicants with a similar profile, who were previously rejected. The need for going through the entire process to find a candidate who possesses the right qualities is definitely lowered.

With AI or machine learning, getting quality candidates is that much easier because once an AI learns the factors that make a candidate successful, it will tweak its search criteria extensively until it puts only the best candidates in front of you.

AI and Automation may evoke dystopian doomsday scenarios in your head. While the actual changes that will accompany their widespread applications will certainly be less theatrical, they will be changes nonetheless. It is better to embrace the disruption caused by AI and Automation in all domains with an open mind.

In recruitment, automation will ensure that many mundane routine processes are eliminated so that humans are responsible for work that involves creativity, strategizing and leadership. One thing that is unanimously agreed upon is that no form of Artificial Intelligence can ever replace the human touch. In fact, with increasing automation in all spheres, empathy and emotion have emerged as the factors that strengthen customer experience.

Nilam Oswal
Nilam Oswal is a software analyst at SoftwareSuggest, as well as a gadget enthusiast. When she's not hard at work, she can be found wandering, reading and just generally having a good time in life. She blogs about CRM software, lead management system, BI tools and the latest software updates.
PREVIOUS POST
GPS Return: Helping parents get back to work
NEXT POST
Vincere Scoop Double-Win at Capterra Awards 2018: ‘Best Value’ and ‘Best Ease-of-Use’

Vincere is the CRM/ATS for ambitious recruitment firms of all sizes. Founded in 2011, Vincere is designed specifically for recruitment companies covering Direct hire, Contract & Executive search, with built-in front, middle and back office capabilities. Vincere’s action-driven interface prompts, prods and pushes recruiters towards the one thing that truly matters: Placements. If you’re looking for a tech partner that will accelerate growth for your recruitment business, speak to us. 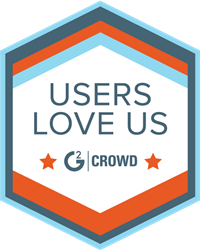